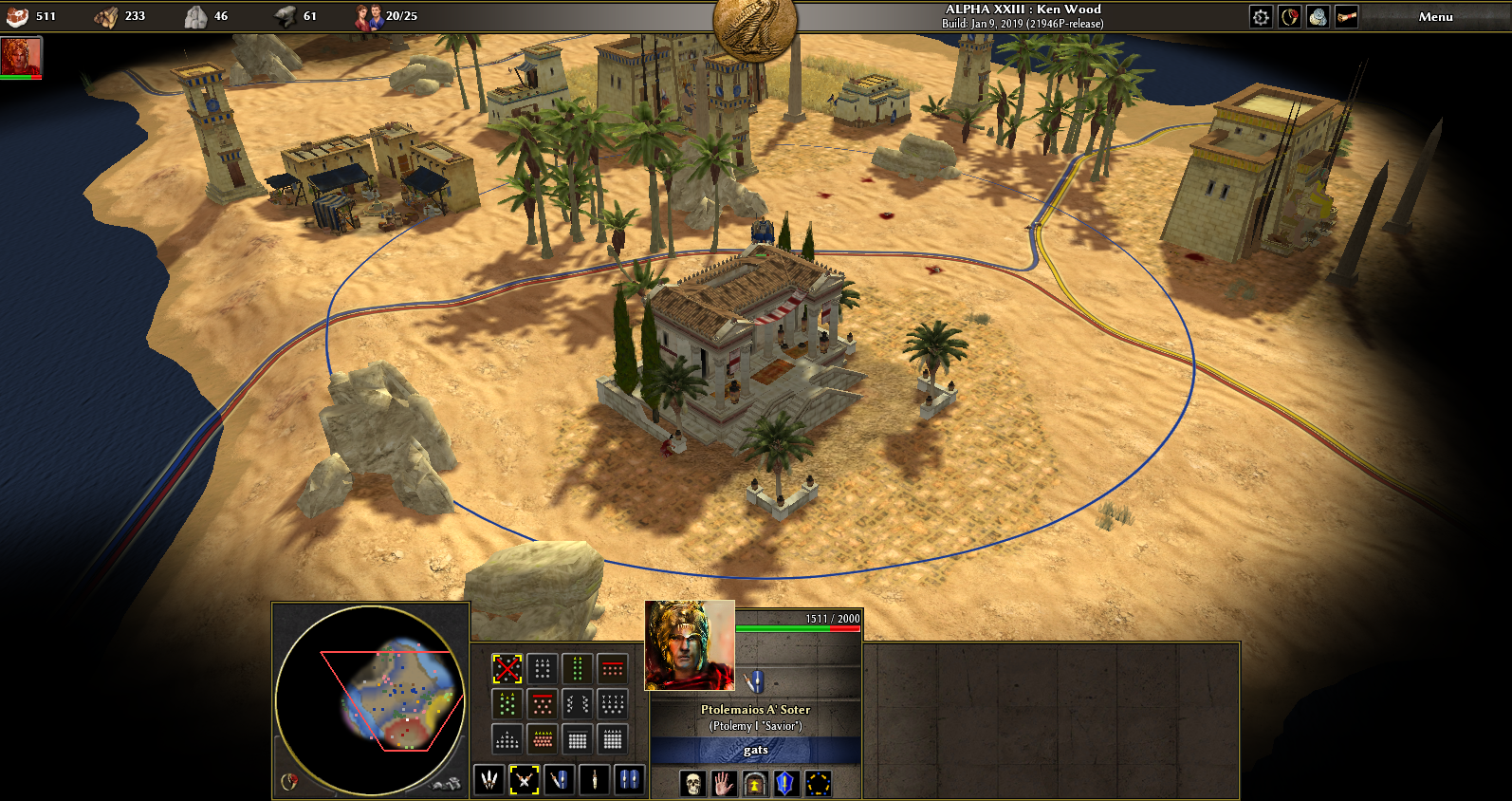 0 A.D., is a game inspired by Age of Empires II that has the advantage of being free and open-source. It’s been contstantly in development for nearly a decade by a worldwide group of volunteers, and it’s at the point of being competitive with the Age of Empires franchise.

It should be noted, in turn, that ‘0 A.D.’ started at the beginning of the 21st century as a mod of ‘Age of Empires II: The Age of Kings’, although its creators took the wise decision to set it up on their own, with much greater creative freedom. One thing is certain: anyone who has the Ensemble Studios saga on a pedestal will feel at home in ‘0 A.D.’.

Taking a glance at its source code, you will see that it’s written mostly in C++ and builds easily on Linux or FreeBSD. Package managers for several Linux distros also have this game included, making it much more Linux-friendly than other strategy games.

0 A.D. is still considered to be in Alpha, but it plays well enough to be a complete game. There is still room for improvement, but I was more than satisfied playing over the last week.

Some sections that are not accessible at the moment, such as the Campaign, where Wildfire Games promises historical and legendary missions to revive in this RTS, but that is a sin to know that, at the beginning, we have twelve civilizations. 12! We will have to make due with Skirmish and Scenario matches, as well as multiplayer for those willing to sharpen their skills.

The list of civilizations were quite significant for the era:

Each faction has their differences in archetectual styles, and some buildings are completely unique for some factions.

In spite of the inevitable differences between each civilization, as it happened with other deliveries of ‘Age of Empires’, the changes do not become so evident until we move to the second age, when in most cases unique units and constructions are unblocked.

Wildfire Games is putting a lot of effort into ‘0 A.D.’ and it is commendable that it has taken care of such vital aspects as its soundtrack, and that we speak, we insist, of an alpha. Graphically, it can’t compete with AAA titles, but it does look better than the HD version of Age of Empires 2, and I would say it’s better than Age of Empires 3.

The 3D engine that allows us to zoom in or out and rotate it at will, something that can’t be said of the classic ‘Age of Empires II’, making it more versatile.

In addition, I liked the proposal of ‘0 A.D.’ by limiting the construction space to the land provided by the main building. You can’t increase the radius like in ‘The Settlers’ expansion of AoE2, but we do have other ways to increase our land by creating more bases or by means of special buildings of some civilizations. That or capture certain buildings from rivals. Because not only can we destroy them, but there’s also the possibility that they’re ours.

This change of mentality that prevents us from standing in front of the enemy’s base to build military posts or watchtowers, there is also the fact that between each tower there must be a separation of about 60 meters. This will not please, of course, those who bet on a turtle style in strategy games. But it does encourage more intense battles.

In short, it’s one of the few games that can revive the nostalgia from the early days of Starcraft, AoE, or command and conquer, and you can beat it for the price of $0.

Get the latest post right in your inbox.
Mozilla gets rid of Servo
Dev-C++, A lightweight C++ IDE to build GCC programs on Windows