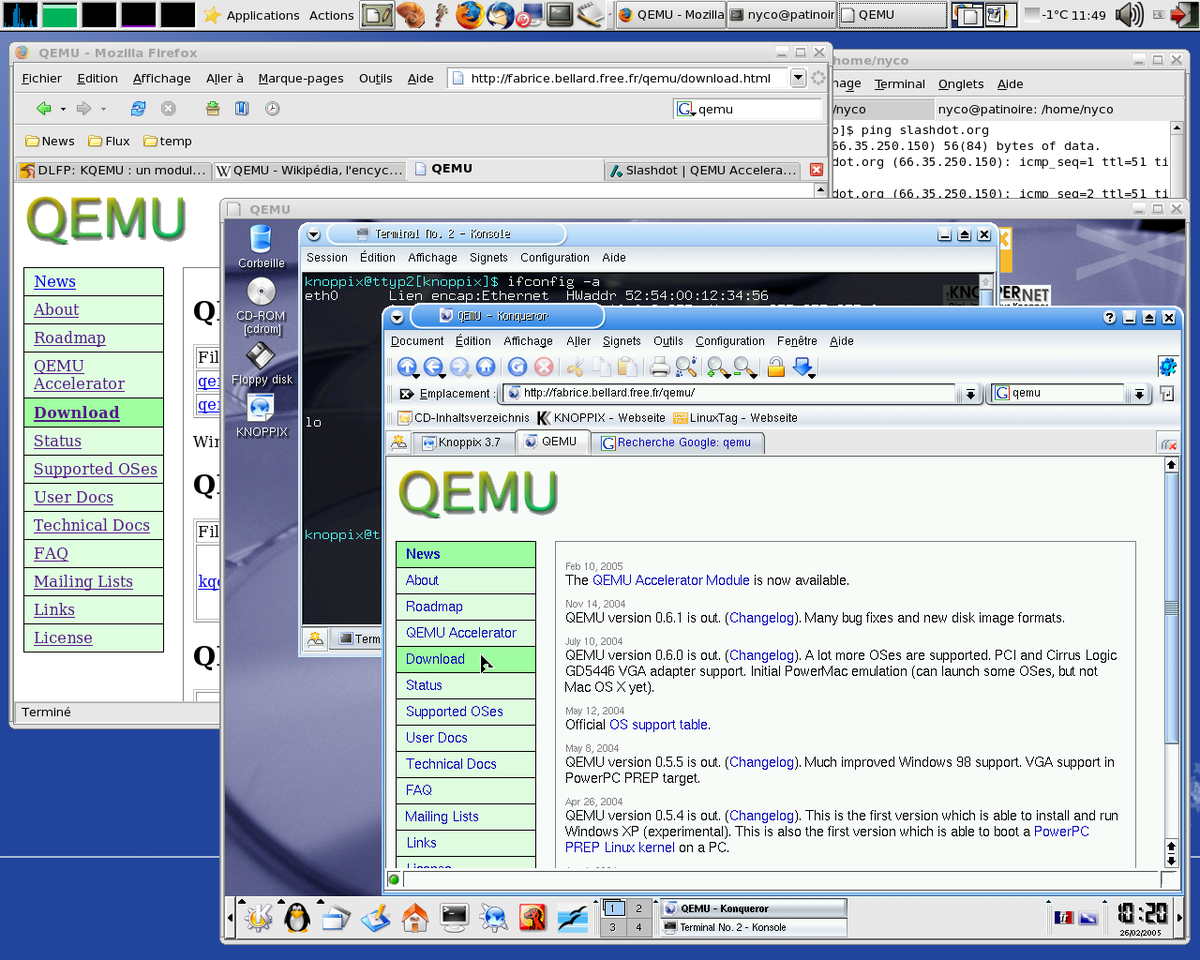 A lot of people know that backups are vital. Moreover, you need to do them in such way that you can recover them further. Especially, it is important in case of virtual machines (VM). So, let’s take a look on backup facilities of the hypervisor QEMU/KVM for virtual machines’ disks.

We can distinguish two main problems in this process. The first is the need to get consistent backup. It means that if, for example, we have a DBMS or another software, which uses its own cash for recording, we should ask it to reset cash and stop recording on the disk before the backup in order to get snapshot of the necessary for recovering data. The second is productivity of VM in a snapshot mode as we want it not to slow down while taking a copy and while deleting of snapshot.

Solution of the first problem: in order to get consistent backup you should shut down VM by guest OS.

If you want to back up without shutting down your VM, you should use QEMU guest agent (fo not confuse it with QEMU SPICE guest agent and with paravirtualized drivers for QEMU itself). In Debian Jessie repository it is qemu-guest-agent package, in Wheezy package is available only through wheezy-backports. QEMU guest agent is a small utility which accepts commands from host by vireo-channel named org.qemu.guest_agent.0 and executes them as a guest. On the hypervisor’s side channel ends with unix-socket where you can write text commands by socat utility. By the way, Libvirt likes to use this channel, so if you use Libvirt to manage hypervisor, you will have to communicate with our guest by “virsh qemu-agent-command”. QEMU guest agent can do different commands. Here it is list of our commands:

Short description of every command you can find in qga/qapi-schema.josn file in QEMU sources. And full description can be found by analyzing qga/commands-posix.c and qga/commands-win32.c files. After it you will find out that commands guest-set-vcpus, guest-get-vcpus, guest-network-get-interfaces, guest-suspend-hybrid, guest-suspend-ram, guest-suspend-disk are not supported by Windows and guest-fsfreeze-freeze/guest-fsfreeze-thaw commands attempt to use volume shadow copy service (VSS). Nevertheless, we are talking about Linux as a guest OS, so we do not need these nuances.

Well, we are interested in following commands: guest-fsfreeze-freeze and guest-fsfreeze-thaw. First of them “freezes” guest file system, second – “unfreezes” it. Command (to be honest, it’s IOCTL) fsfreeze is not a QEMU feature but it is a capability of guest’s virtual file system. So that, you are able to freeze file system not only in virtual environment but on real hardware, too. It is enough to use fsfreeze utility from util-linux package. Its manual says that Ext3/4, ReiserFS, JFS, XFS are supported, but during the experiment it freeze Btrfs as well. Between processing flow of records and freezing itself kernel calls sync() (file fs/super.c, line 1329), so data integrity is secure. At all, kernel needs freeze FS in order to get complete snapshot of VLM-volumes.

But if we use Proxmox (pvetest branch) or Openstack, we can’t do something similar. That’s why you have to change the source code to automate calling guest-fsfreeze-freeze function.

For example, we have found a way to freeze guest FS before taking the snapshot. Now we should alert guest software before freezing itself. QEMU guest agent supports parameter –F, which says us that before freezing and after unfreezing we should call /etc/qemu/fsfreeze-hook script. That is the reason why we should add DAEMON_ARGS=”-F” into start-agent script (/etc/init.d/qemu-guest-agent). Take into account that if script ends with error, freezing of FS will not run.

For MySQL server you can easily write this script:

Get the latest post right in your inbox.
Backup of Linux server and migration to a different server
The "3-2-1" backup rule